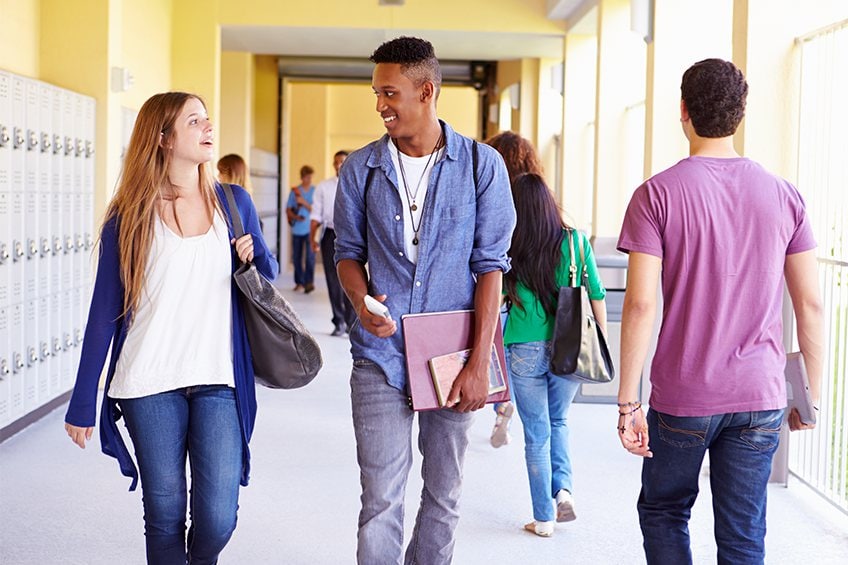 In light of recent tragic events, Congress has taken action to provide public schools with the funding they need to increase the safety and security of their campuses. In March, the omnibus funding bill, backed by bipartisan support, was signed into law by President Trump. This bill included the STOP School Violence Act, which allocates $75 million in 2018 and $100 million from 2019-2028 for schools to improve their security measures and safety training.

The intent of the recently passed STOP School Violence Act is to provide schools with the resources they need to implement additional security features and deterrent measures, to improve coordination between schools and law enforcement, and to train students, school staff, and law enforcement on how to identify and respond to threats of violence on school campuses. Included among the special provisions of the act is funding specifically for the “placement and use of metal detectors, locks and other deterrent measures” to heighten security on school campuses.

Metal detectors, locks, and school security officers are indeed excellent safety measures that can be put in place to protect schools under this act, but these are all examples of highly conspicuous initiatives. Many teachers, parents, and students have expressed concern about keeping schools safe while also maintaining the feeling of a comfortable learning environment. One of the least intrusive but still highly effective security measures schools can implement using the funding provided by this act is to install safety and security window film to their classroom windows and glass doors.

In many cases, active shooters gain entry to the school not through the front doors, which are usually locked during the school day, but rather by shooting through a window to break the glass and walking through the opening. In these situations, safety and security window film serves as an invisible deterrent, preventing tragedy by delaying an active shooter from gaining entry to the school.

General Solar Company has been one of the highest regarded window film companies in the Washington DC metropolitan area for nearly 50 years. We serve clients in DC, NOVA, and MD, including Montgomery County, Rockville, Bethesda, and surrounding areas. Since 1969, we have built a reputation for professionalism, integrity, and exceptional service. To learn more about safety and security window film or to schedule an appointment for a free estimate, give us a call today or contact us using this form.

Window Replacement vs. Window Film: Which is Better?