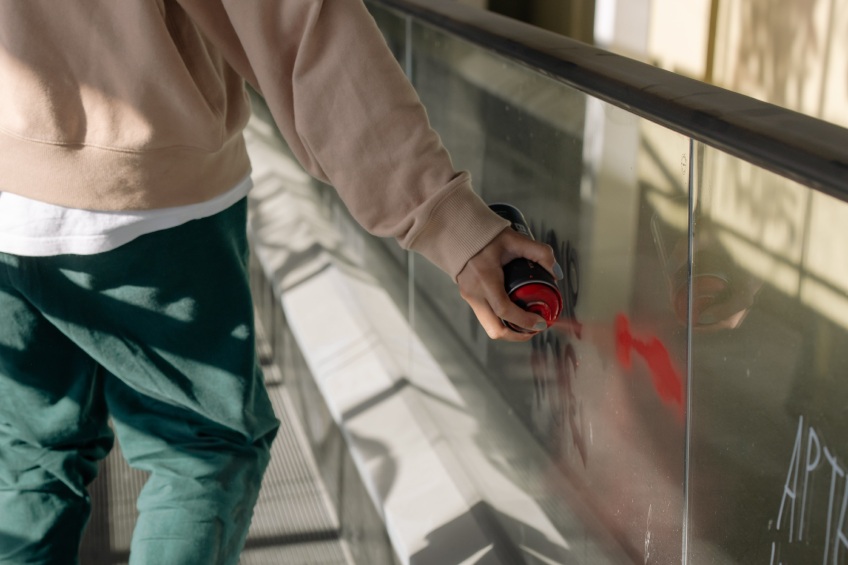 Despite the fact that property crime and violent crime rates have dropped over the last 20 years, most Americans believe crime in general is trending upward. Based on FBI data, nearly 80% of Americans perceive there to be more crime in the U.S. than there was a year ago. With civil unrest, protests, and riots, more and more vandalism is occurring. As expected, metropolitan areas and cities are at greater risk for property crimes such as vandalism than rural areas. Anti-graffiti window film can help keep your building or property protected and help prevent costly damage.

Who Can Benefit from Anti-Graffiti Window Film?

Vandalism is a common issue for many business owners and property managers, especially:

Glass storefronts aren’t the only area at risk for vandalism — other commonly vandalized spots in these types of buildings include mirrors, elevators, and other fixtures.

You might be wondering if anti-graffiti film is worth the investment in the off-chance your property is vandalized. Here are a few reasons why it’s an alternative worth considering:

Replacing glass or glazing isn’t cheap, which is why anti-graffiti film is a more cost-effective solution. 3M™ Anti-Graffiti Films are easy to remove and replace in the instance of vandalism. It protects glass surfaces against tagging, acid etching, and scratches.

Did you know that windows still let in some ultraviolet rays? Anti-graffiti window film doesn’t just safeguard against vandalism, but it also rejects up to 99% of damaging UV rays. Ultraviolet rays are one of the leading causes of skin cancer and cause furniture, textiles, and other valuables to fade. Window film helps reduce this source of fading to protect the people and items within your building.

With window film, you still benefit from natural light with the added bonus of reduced glare. No more squinting at the computer screen or television during the brightest part of the day. Not only does window tinting minimize pesky glare, but it can also help prevent eye strain and discomfort as a result.

When vandalism happens, it could take a few days to get the replacement glass. This delay makes remedying the situation in a timely manner more challenging. With window film, it can be swapped out in less than a day in some cases, meaning no disruptions to your business or your reputation.

Advertise Your Business with Window Film

Using Window Film to Keep the Cold Out