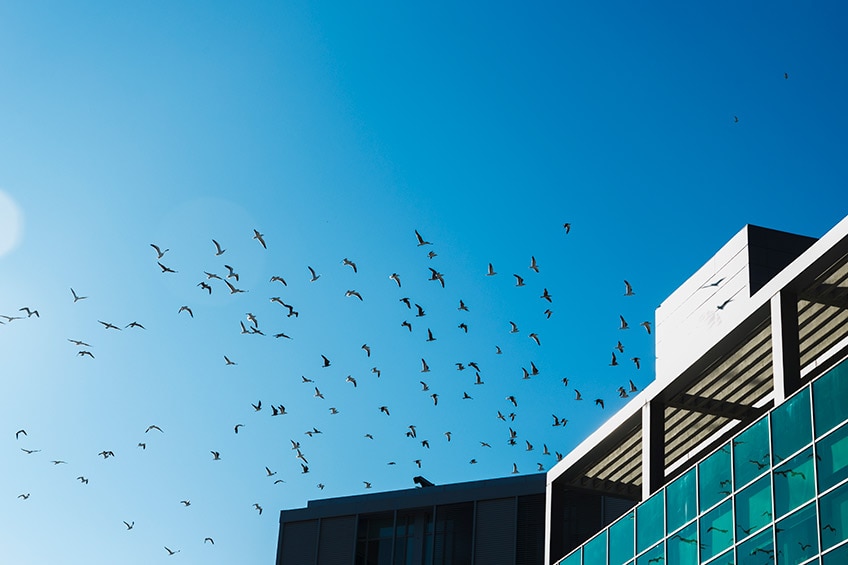 An estimated 1 billion birds die each year in the U.S. from colliding with windows. Some die instantly while others die later from injuries sustained from hitting the glass.

According to a recent research study by scientists from the U.S. Geological Survey and Canada’s environmental agency, America’s bird population has decreased significantly over the past 50 years – by 29 percent in the U.S. and Canada. Humans and the way they’ve altered the natural landscape is thought to be the reason. Since humans introduced a harmful modification to birds’ environment, it’s our responsibility to remedy the problem. Bird safety film offers a very affordable solution for homes and commercial buildings that can have a huge impact on the bird population.

Why Do Birds Fly into Windows?

The more reflective windows are, the more dangerous they are to birds. Double glazed windows tend to attract more birds, for example, because they produce more clear reflections.

How Does Bird Safety Film Work?

Bird safety film discourages birds from flying into windows with patterns like vertical and horizontal stripes that signal to birds that a barrier is present. Yet, the decorative patterns are barely noticeable to the human eye. This film comes in a variety of patterns, including horizontal, vertical, and trellis. Custom patterns are also available. Bird safety film looks like fritted glass but is a much more affordable alternative.

In addition to reducing bird collisions, bird safety film also adds an extra layer of protection to your windows when collisions do occur.

Interested in making a difference with bird safety film at your home or office? General Solar would love to speak with you about your project.

General Solar Company remains one of the most highly regarded window film companies in the Washington DC area for nearly 50 years. In that time, we have built a reputation for professionalism, integrity, and exceptional service. We serve clients in Washington DC, Montgomery County, Rockville and Bethesda, Maryland, and surrounding areas. To schedule an appointment for a free estimate, give us a call today or contact us using this form.