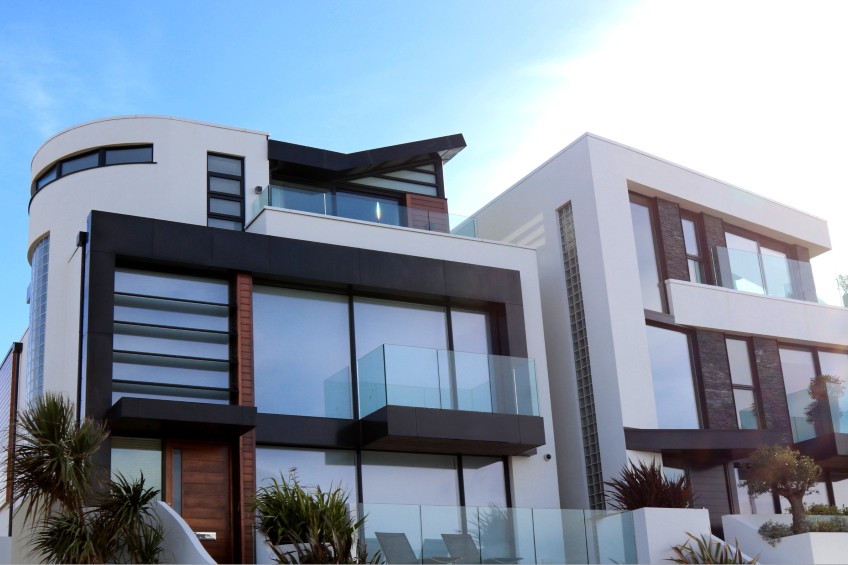 While we appreciate windows for the large amounts of natural light they let inside, there’s one major drawback: privacy. For houses in subdivisions, neighborhoods, and suburban streets, windows enable nosy neighbors and curious onlookers to see inside. That’s why many homeowners invest in window treatments, covering windows in blinds, shades, or curtains to add a layer of privacy. But what if there was a better option? Window film is an alternative that offers home privacy in an interesting and exciting way. If you’re looking for the best window film for privacy, these are some of our top suggestions.

Frosted window films aren’t translucent like clear tints, allowing a certain level of privacy along still permitting natural light. As one of the best window films for privacy, frosted tints can either be completely solid or have intricate patterns or designs. Not only can frosted film mimic the look of higher-priced etched glass, but it also comes in a variety of colors so you can match your space perfectly. Frosted films offer excellent daytime privacy along with adding to the aesthetics of your home.

Mirror film is highly reflective, giving windows the appearance of a one-way mirror. However, in order for mirror film to be effective at providing privacy, lighting must be brighter on the outside than it is on the inside. During the day, onlookers can’t see inside, but outward visibility is maintained so you can still see the outside world. However, mirror film isn’t great for providing privacy at night when the lighting conditions shift and it’s now brighter inside than outside. Pairing mirror film with window treatments allows for privacy at all hours without giving up your daytime views.

Blackout film offers complete and total privacy, making it an excellent option for nurseries, bedrooms, or bathrooms. Not only can blackout film hide unsightly storage areas, but it also blocks out all visible light. While frosted film still allows some natural light to permeate inside, blackout film will not let sunlight transfer through to give you maximum privacy.

The best privacy film for your home depends on your requirements and design preferences. The window film experts at General Solar Company will listen to your needs and help develop the perfect privacy solution for your home.