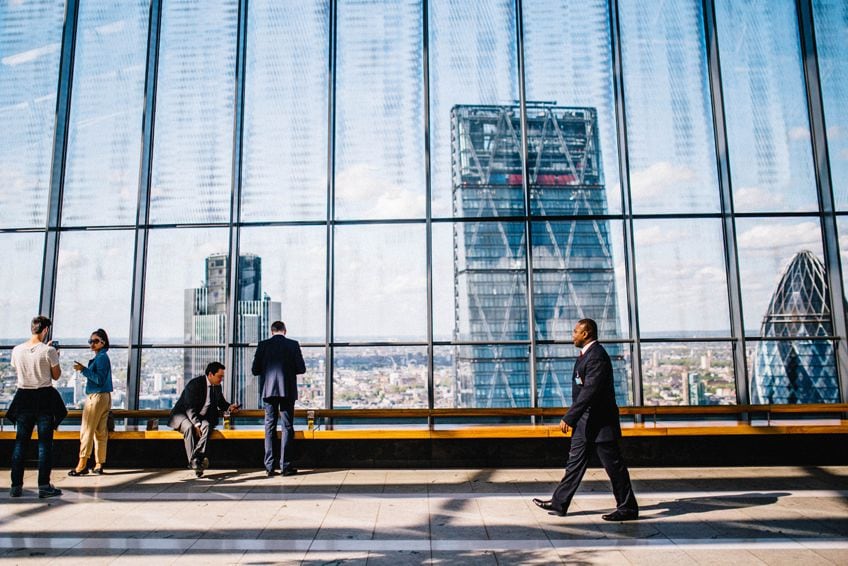 Keep your workplace safe and protected with security film.

Storefronts, offices, and other commercial buildings may be prime targets for break-ins and smash-and-grab crime, as intruders assume that commercial properties are unoccupied outside of standard business hours. That leaves these spaces unprotected and vulnerable in the evenings and on weekends. Security window film provides business owners and property managers with peace of mind, knowing that they can rely on an additional layer of protection to keep their property and their people safe and secure.

How does security window film work?

Security window films like 3M™’s Scotchcal™ Safety and Security Film are applied directly to the glass of your existing windows, allowing for minimal disruption of regular workplace activity during the installation process. The film consists of hundreds of microscopic layers, creating a strong, flexible, tear-resistant film. It is the film’s flexibility that contributes its safety properties – when the window is hit with force, the film is able to stretch to resist tearing, allowing it to hold the glass together even if the window breaks from the impact. This is a crucial safety feature in the event of a natural disaster or bomb blast, as it prevents flying shards of glass from entering the building and potentially injuring the people inside. It’s also important during a forced entry event, as it holds the glass in place and delays the would-be intruder from gaining access to the building, buying occupants precious time to get to safety and emergency responders more time to arrive at the scene. Watch the demonstration below to see how this works.

Security films can be used alone or in combination with 3M™ Impact Protection Attachment Systems for additional safety and security. The impact protection system attaches the filmed window to the window frame to provide the highest level of protection available.

What does security film protect against?

Safety and security window film protects buildings and their occupants during events that typically result in glass breakage, including:

The great thing about security film is that it doesn’t do just one job. In addition to providing a solution for your safety and security concerns, these films also provide all the solar benefits commonly associated with commercial window films. One of the primary benefits of window films like security film is rejection of up to 97% of the sun’s infrared light, which translates to a reduction in solar heat of up to 46%. Less incoming solar heat means less energy is needed to maintain a comfortable interior temperature, so you will save money on your power bill. These window films also block 99.9% of damaging UV light and reduce up to 46% of glare from the sun. In addition to the peace of mind that comes with knowing your building is protected 24/7, you’ll enjoy the added comfort that security film creates with its sun-blocking properties.

If you’re ready to secure your storefront or office building with security window film, give us a call today to speak with one of our experts.

General Solar Company has been one of the highest regarded window film companies in the Washington DC metropolitan area for nearly 50 years. We serve clients in Washington DC, Montgomery County, Rockville and Bethesda, Maryland, and surrounding areas and have built a reputation for professionalism, integrity, and exceptional service. To learn more about window film or to schedule an appointment for a free estimate, give us a call today or contact us using this form.

What Is Smart Window Film?

The Many Types of Window Film